We are a multidisciplinary team of researchers with experience in providing DNA-based solutions for a wide range of species detection and surveillance applications.

Dianne is a geneticist, with 18yrs of research experience in the application of DNA technologies for biodiversity conservation outcomes in both New Zealand and Australia. Her career focus has been facilitating the translation of fundamental research into applied outcomes, working closely with stakeholders to ensure uptake. Previously at Landcare Research NZ, she developed a successful business unit, EcoGene, resulting in a national award for Women in Science Entrepreneurship. She now leads the EcoDNA team at the Institute for Applied Ecology, Faculty for Science and Technology at theUniversity of Canberra, which is focused on the development eDNA technologies for surveillance and detection of species. Richard Duncan is an ecologist focused on understanding how invasive species arrive, establish and impact native ecosystems. His work in eDNA has focused on designing robust sampling strategies for species detection and developing modelling tools to enable proper quantification of the accuracy and uncertainties associated with eDNA detection. 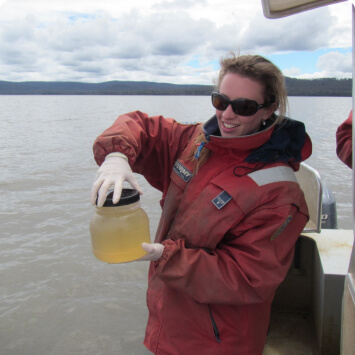 Alejandro Trujillo-González has seven years of experience in parasite-host interactions, parasite ecology, molecular detection techniques and biosecurity. Originally from Cali, Colombia, Alejandro graduated from Los Andes University with a BSc in Biology in 2010, working with parasitic nematodes of mosquito larvae as potential biological controls of mosquito-borne diseases. He then completed a Graduate Diploma of Research Methods at James Cook University in 2013 and a Master of Philosophy in 2015 with research on the behaviour and histopathology of the ectoparasite Neobenedenia infecting barramundi. Alejandro recently completed his PhD at James Cook University on parasites infecting ornamental fish imported into Australia, examining the use of environmental DNA (eDNA) methods as viable detection tools for Australian biosecurity. Alejandro continues to explore the utility of eDNA-based molecular techniques in detecting invasive parasites and pathogens in wild ecosystems to accurately inform management and improve biosecurity protocols. 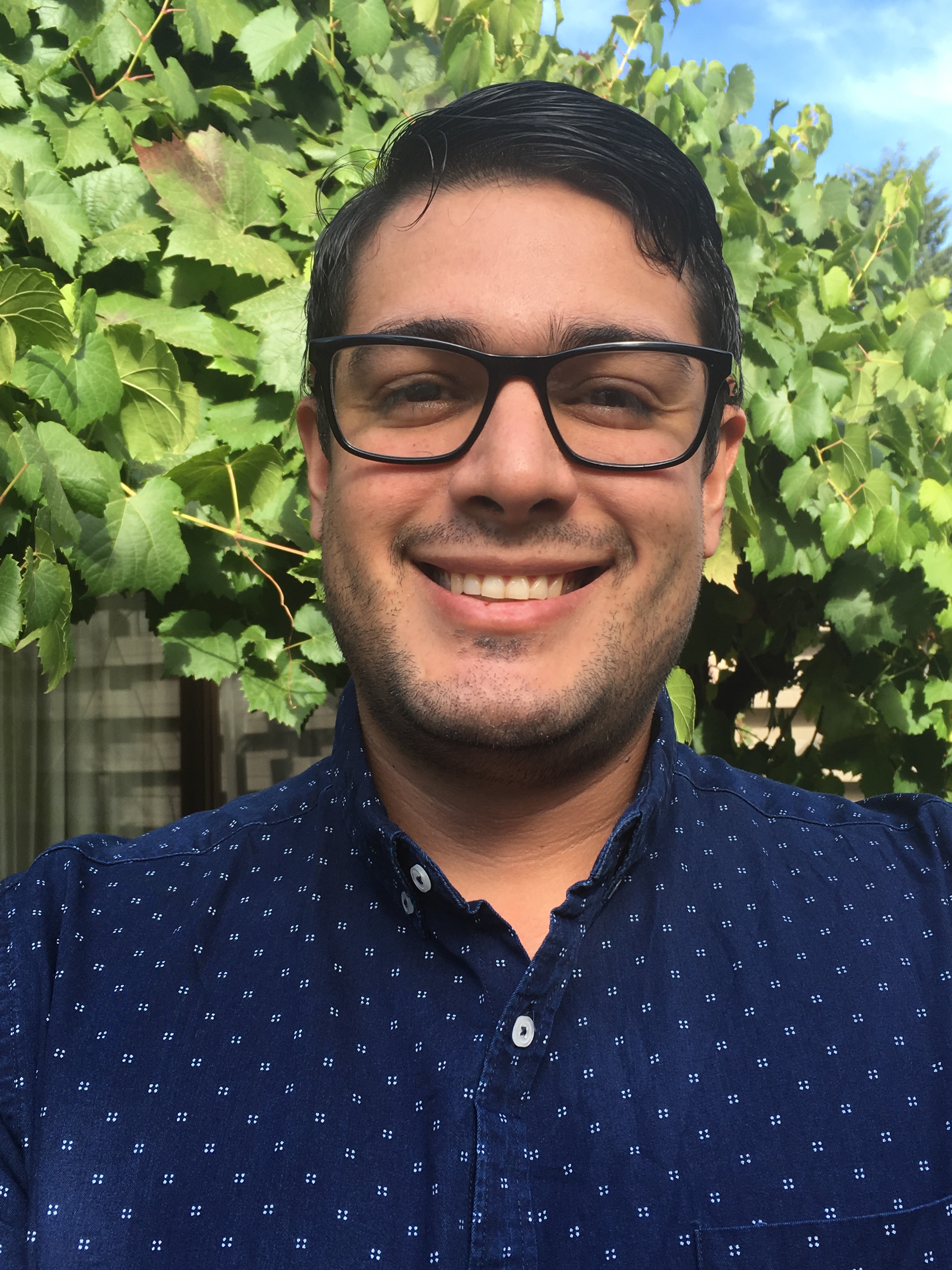 Foyez joined the EcoDNA team as a Research Fellow in 2021. Prior to joining the EcoDNA team at the University of Canberra, Foyez completed a Doctor of Philosophy (PhD) degree from the University of Canberra in 2021, focusing on the conservation and management of Australian native freshwater fishes Golden perch and Murray Cod using multidisciplinary approaches such as population genetics, comparative genomics, cytogenetics, and otolith microchemistry. Before starting his PhD in 2016, Foyez, worked as a research assistant focusing on the detection of enterovirulent strains of Escherichia coli bacteria in shrimp farms of Bangladesh using molecular methods such as PCR. Foyez enjoys photography, playing soccer, folk music, cooking, and watching movies. 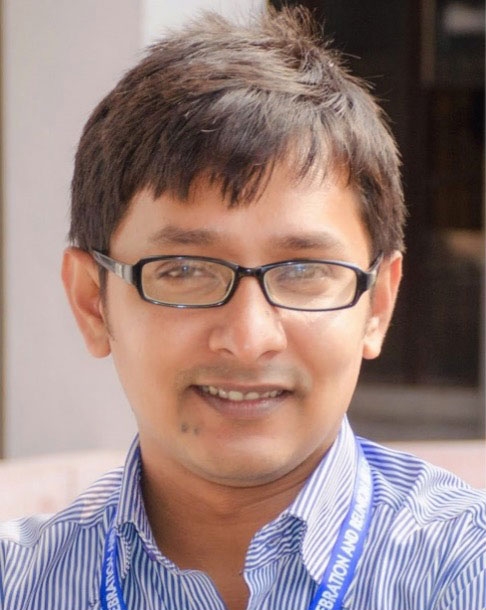 Born and raised in Canberra, Kymberly completed a Bachelor of Applied Science in Forensic Studies in 2020 and an Honours in Applied Science in 2021 at the University of Canberra. Throughout her Honours year, Kymberly developed sampling and molecular techniques for the detection of elusive endangered and invasive fish species from eDNA water samples.

Kymberly began working at the University of Canberra as a research assistant for the EcoDNA group at the Institute of Applied Ecology in 2021. She conducts lab work using single-species molecular approaches to determine the presence or absence of native and invasive species from eDNA samples for various research, biosecurity, and surveillance projects, such as the Hitchhiker Pest Project.

Outside of her role in the EcoDNA, Kymberly enjoys going on walks with her dog, cooking/baking, reading, and painting. 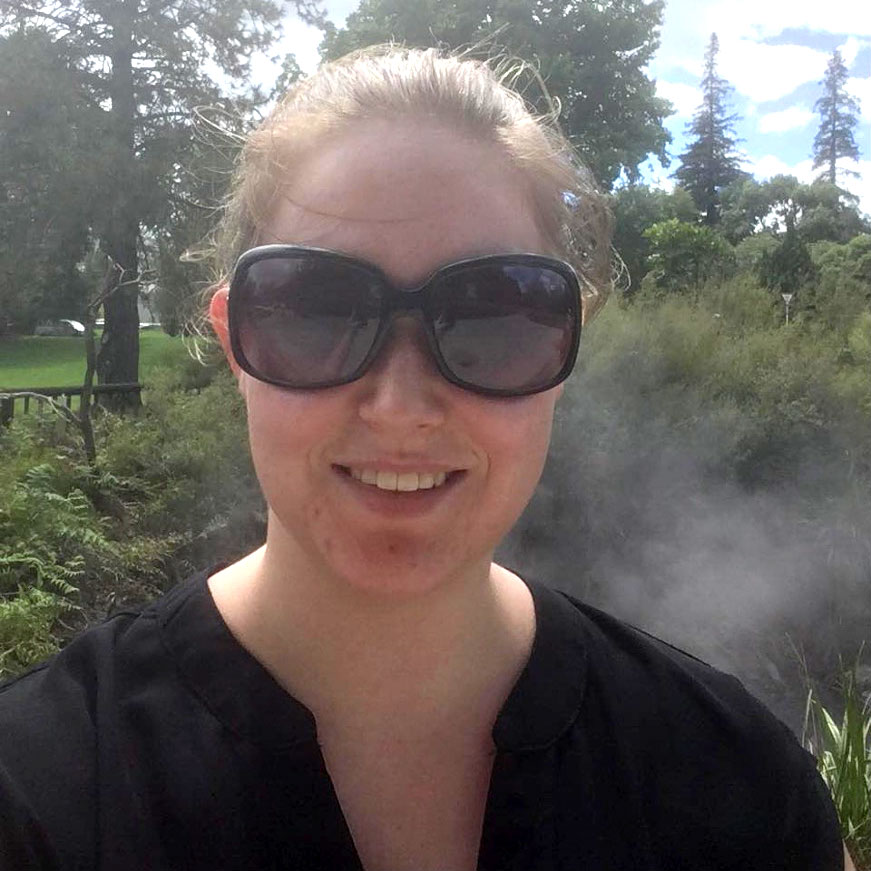 Jenn has been a member of the EcoDNA team since April 2021, where she applies eDNA molecular techniques to biosecurity and surveillance of invasive pests, parasites, and pathogens. Her current involvement in the Hitchhiker Pest Project focuses on detection of single-species targets imported to
Australia via shipping containers.

Jenn started her career in behavioural neuroscience and neuroimmunology labs, primarily investigating the relationship between the immune system and neurological disorders in rodent models. However, she transitioned into ecology after moving from the USA to Australia in 2018 and has since worked in a variety of roles, including as a reptile animal technician and as a field ecologist.

In addition to a BSc in Biology, Jenn holds a Cert IV in Environmental Monitoring and Technology and a Cert III in Animal Studies. She’s conducted flora, fauna, and aquatic ecological surveys across the Canberra region and NSW. Jenn loves fieldwork, and has undertaken remote, multi-month field trips
including collecting eDNA water samples in the river systems of northern NSW and tracking Central Bearded Dragons across wildlife sanctuaries in Cunnamulla, QLD. 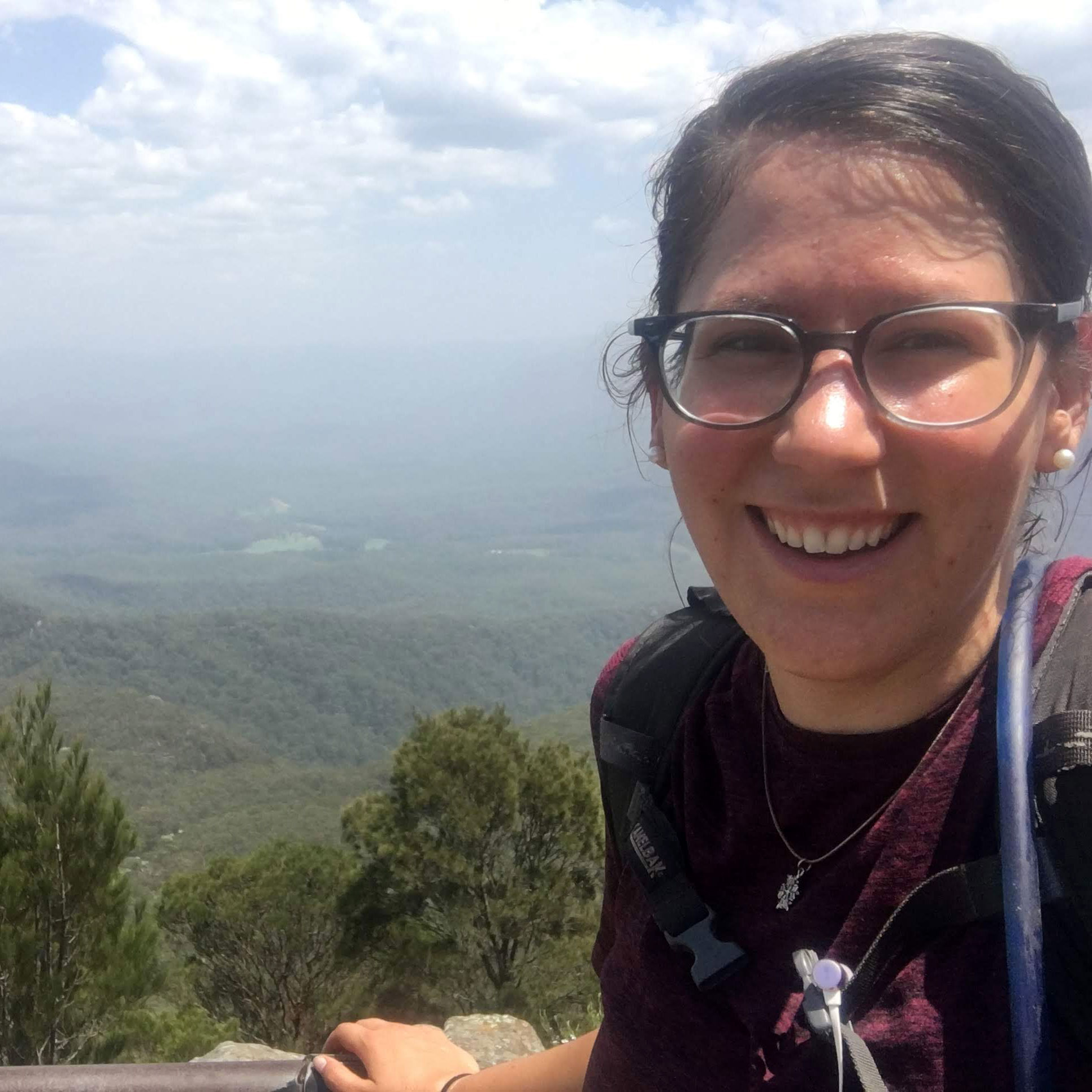 Born in South Africa and growing up in four different countries (South Africa, Iran, United Arab Emirates and Australia), Henriette completed a Bachelor of Environmental Science and an Honours in Applied Science at the University of Canberra. During her Bachelor studies she majored in four different areas – Water Science, Environmental Genetics, Applied Ecology and Integrated Environmental Management, respectively. Henriette’s
Honours project used a combination of lab-based and office-based technologies to compare the evolution of the Major Histocompatibility Complex gene region of the Brush-tailed Rock Wallaby against that of other Australian Marsupials.

Henriette joined the Institute for Applied Ecology’s EcoDNA team as a lab technician. She currently helps with various lab-based projects that use single-species molecular approaches to inform the presence or absence of native (Rakali) and invasive species (Khapra Beetle, Asian Gypsy Moth) from eDNA samples.

Apart from her exciting role as part of the EcoDNA team at UC, Henriette has an avid interest in wildlife, books, music, sport as well as training dogs and riding horses. 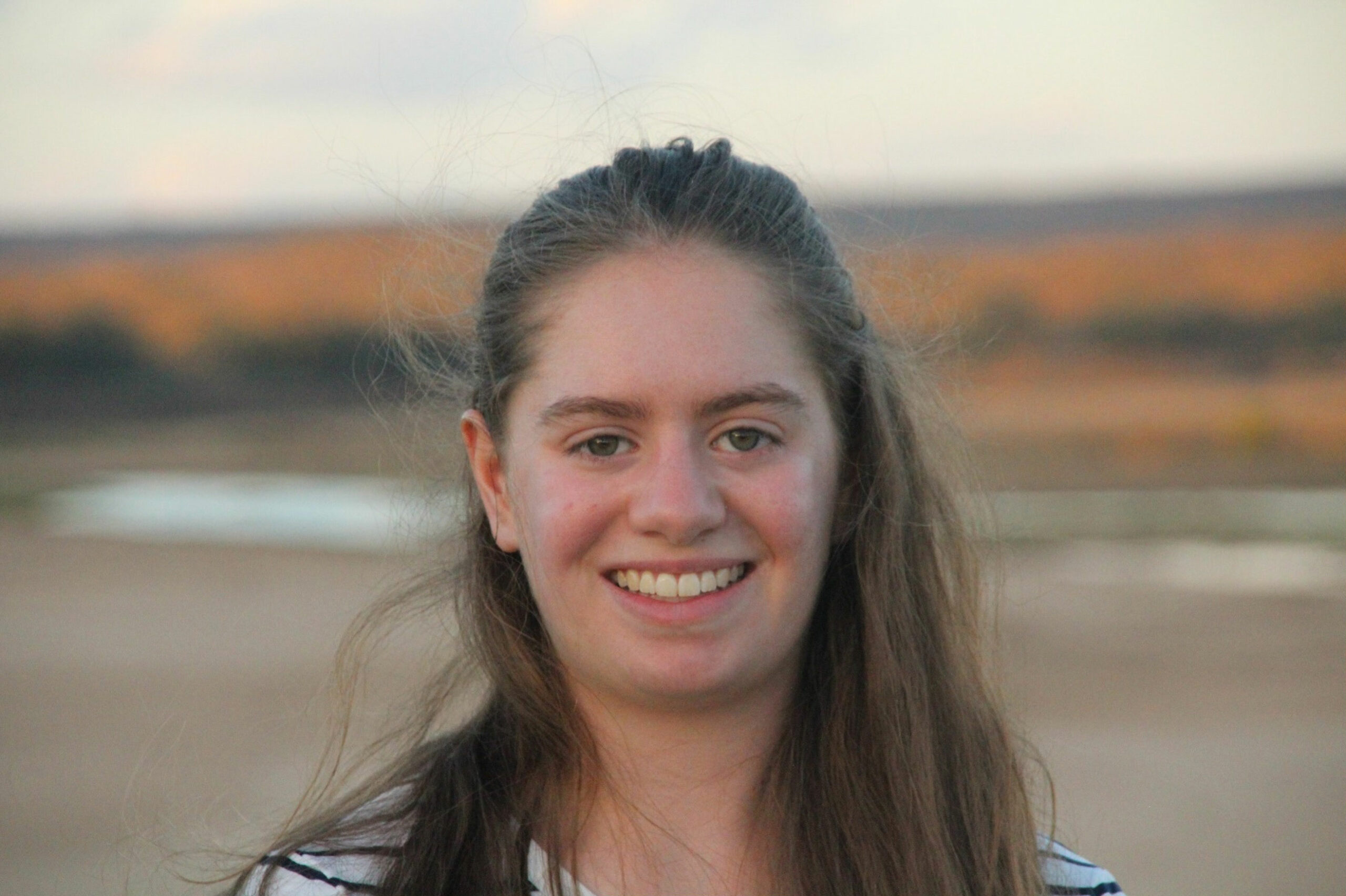 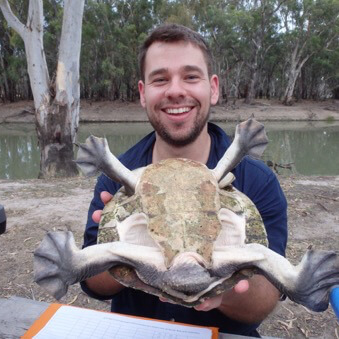 Sumaiya has been in the field of Molecular Genetics and eDNA as Research Officer since 2008. She has worked on the Tasmanian Fox Eradication Program and population genetics projects on feral pigs. Sumaiya designed and managed the automation of large-scale detection of predators from trace environmental DNA. She has worked extensively in genotyping feral pigs in the Kimberleys, Kangaroo Island and the Macquarie Marshes. Currently she is working on eDNA barcoding and metabarcoding projects. Sumaiya has also been working with human identification at the Genetic Ancestral Lab on genotyping and phenotyping of human DNA using the Ion Chef.

She has a Diploma in Pathology (Lab Technology) from Canberra Institute of Technology. 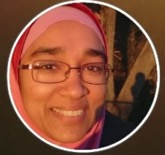 Llara spent many years working in research labs at ANU and CSIRO where she worked her way up from research assistant to lab manager, a position she has held at the University of Canberra for the last 4 years.  Llara manages several laboratories including the Wildlife Genetics, Freshwater Ecology, Epigenomics and Trace DNA labs and is the first point of contact for staff and students with lab-related issues.

An important part of Llara’s responsibilities is ensuring the labs are compliant with regards to safety and that the lab users are conducting their research with minimal risk to themselves and others.  Additionally, Llara organises and facilitates the weekly meetings where researchers present and discuss their work, manages the procurement and finances and, generally acts as the go-to person across a variety of areas. Llara also ensures we also have fun social events amongst all the hard work and her musician skills come to the fore. 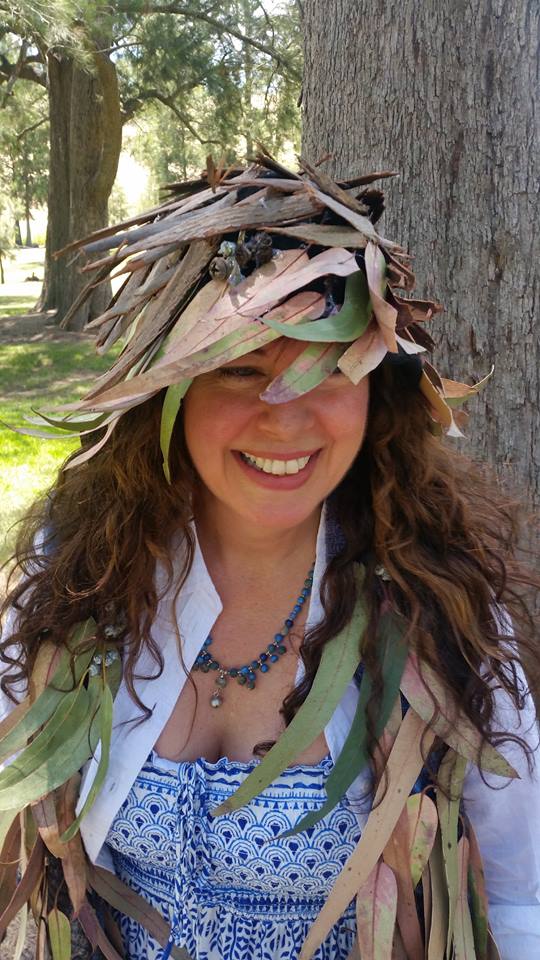 Rheyda’s main interest is the application of science to biodiversity conservation. Her previous experience in the environmental field is varied – ranging from captive breeding and reintroduction, conservation genetics, wildlife medicine and invasive species management. She holds a Doctor of Veterinary Medicine degree from the University of the Philippines, a Master of Science in Conservation Biology from Massey University (New Zealand) and a PhD in Applied Ecology from the University of Canberra. Her PhD focused on improving eDNA detection probabilities for monitoring aquatic species. Born and raised in Kenya, David has huge interest in application of science in conservation of African endangered species. He is currently a second year PhD student in the eDNA Group at the Institute for Applied Ecology, University of Canberra, where he is applying recent development in molecular tools to study and resolve threats facing African cheetahs in their natural habitats. Before starting his PhD, David worked as a senior research assistant at the Kenya Wildlife Trust (Predator program), where he coordinated and supervised the genetics projects. David has a Bachelor of Science degree in wildlife conservation and Master of Science in animal genetics and breeding both from the University of Nairobi, Kenya. Jonas obtained his Bachelor and Master of Science in Biology at the University of Leuven (Belgium) and completed his PhD focused on monitoring freshwater communities using eDNA metabarcoding in 2018. Jonas developed a number of pioneering techniques during his PhD, including the detection of spawning in a threatened species using eDNA and the use of an innovative in-silico pipeline for optimising primers for metabarcoding projects. His analytical and empirical approach has resulted in him commencing a new position in 2019 at the Foundazione Edmund Mach in Trentino Italy as a lead researcher within the Eco-AlpsWater project. Jonas still remains as an affiliate of the EcoDNA team providing his analytical expertise for some key projects.